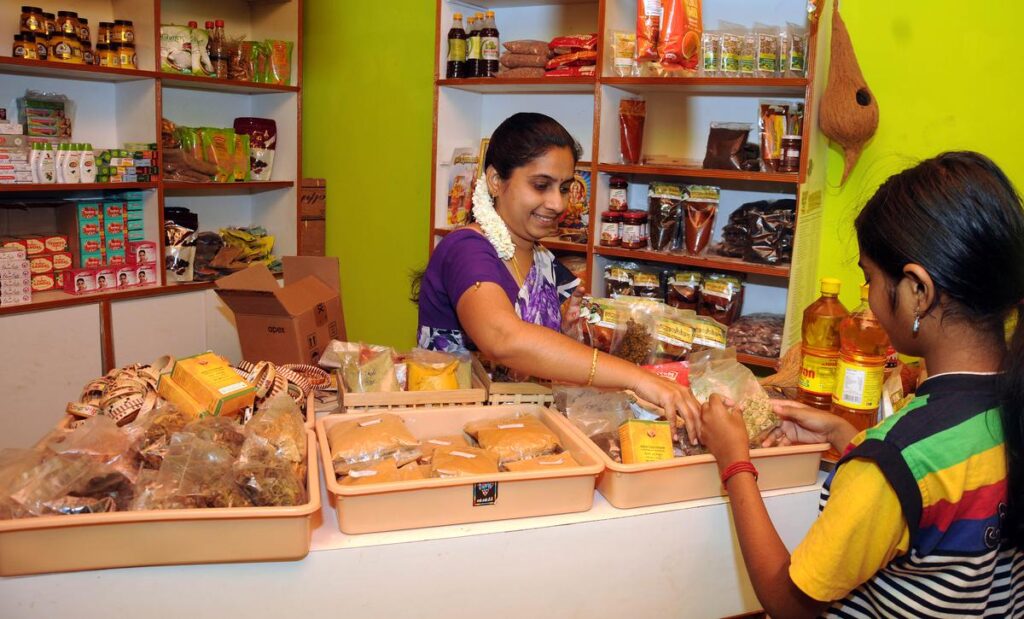 A conducive social atmosphere enables them to thrive in Tamil Nadu

The 2021 edition of  Women & Men in India, published last week by the National Statistical Office (NSO) of the Union Ministry of Statistics and Programme Implementation, has an element of pleasant surprise for Tamil Nadu.

With about 10.87 lakh units, Tamil Nadu accounts for the highest number of women entrepreneur-owned establishments, which cover not only micro, small and medium enterprises (MSMEs) but also nano units, promoted through platforms such as the self-help groups (SHGs). The State’s share is around 13.5 % of 80.5 lakh such establishments in the country. “No other State is even close to ours,” observes an official in the State government, dealing with development issues. Kerala comes next with around 9.14 lakh establishments having the share of 11.35%. Andhra Pradesh is placed third with around 8.5 lakh units (10.6%), followed by West Bengal with about 8.3 lakh units (10.3%). States known to be highly industrialised, Maharashtra and Gujarat, have 6,64,300 and 5,28,623 such establishments respectively with their shares being 8.25% and 6.57%.

Of these units in Tamil Nadu, 94% has been classified as “perennial” against the all-India figure of 89%. Even though the number of hired workers is about 2.93 lakhs, its proportion (27%) is higher than the national average of 17%. Again in terms of employment, the State finishes on top with 13.8% of about 1.34 crore persons employed in the country. Tamil Nadu’s figure is about 18.6 lakh persons.

The NSO document, in turn, quotes the findings of the Sixth Economic Census carried out during 2013-14. “Even though the data may appear to be outdated, this holds good even today in the absence of any other data,” the official points out. This explains why the Central agency too has to cite the 2013-14 census findings.

The official also explains that though certain events, including the introduction of the Goods and Services Tax (GST), demonetisation and the COVID-19 pandemic may have caused some impact, there is every likelihood of the overall situation remaining the same. (The data concerning Andhra Pradesh pertain to the present territorial limits of that State with Telengana having been dealt with separately, though the census was carried out much before the creation of the latter in 2014).

Another official specialising in the area of MSMEs and nano units says the “social climate” prevalent in the State is mainly responsible for the development. K.S. Bhagyalakshmi, vice-president of the Tamil Nadu chapter of the Dalit Indian Chamber of Commerce & Industry (DICCI), lauds the roles being played by the State Industries and MSME Departments, in addition to the Entrepreneurship Development and Innovation Institute-Tamil Nadu (EDII-TN) in making possible the accomplishment.

Pointing out that the policy framework has been conducive to greater direct participation of women in economy, the official says empowering women through education and better livelihood opportunities is one of the focus areas of the present government. Apart from what the Central government provides, the State has been implementing measures such as an additional capital subsidy of 5% and a target of 50% assigned to women under the New Entrepreneur-cum-Enterprise Development Scheme (NEEDS), with priority being given to destitute women.

The draft policy document, unveiled by the State government in December, also seeks to enlarge the government’s intervention. The interest subvention has been proposed in such a way that women-owned units or any enterprise having 50% of women employed vertically in all positions would have zero interest on successful repayment of the money lent through any formal financial institution. The provision of hand-holding and mentoring by industry experts to all the targeted 1 lakh women entrepreneurs, a financial support of up to ₹1 lakh to women graduating from livelihood as micro entrepreneurs for participation in seminars, workshops, symposiums or short training courses, the creation of women-specific district-wise help center/portal, preferably with an accountable call center, and the launch of additional awards for women entrepreneurs or women-led startups have all figured in the draft document.

Several experts drive home the point that the authorities should pay greater attention to providing greater financial support and market linkages to women entrepreneurs. Ms. Bhagyalakshmi suggests that the government reorient its measures in such a manner that women are given more focus when it comes to land allotment or any subsidy or support scheme.

With the overall environment being supportive of women entrepreneurs, some more steps in favour of women will definitely help the State achieve early its goal of becoming a $1 trillion economy. That is the hope of the experts and entrepreneurs such as Ms. Bhagyalakshmi.

No one is online right now